A Return To New York And Galveston For Disney Cruise Line

Disney Cruise Line is make a return to New York and Galveston towards the end of 2016.

On Oct. 7, 2016, the Disney Magic will sail from New York on an eight-night Bahamian cruise that includes stops at Disney’s private island, Castaway Cay; Nassau, Bahamas; and Port Canaveral, Florida, which is located just one hour from the Walt Disney World Resort.

On Oct. 15, 22 and 29, 2016, the Disney Magic will sail from New York on seven-night cruises that stop at Castaway Cay and Port Canaveral.

On Oct. 2, 2016, the Disney Magic will sail from New York on a five-night cruise to Halifax, Nova Scotia and Saint John, New Brunswick, Canada.

In late 2016, Disney Cruise Line returns to Texas with a line up of seven-night itineraries, including Bahamian sailings that stop at Disney’s private island, Castaway Cay. On Nov. 18, Nov. 25, Dec. 9, Dec. 23 and Dec. 30, 2016, the Disney Wonder will sail on a seven-night Bahamian itinerary from Galveston to Key West, Castaway Cay and Nassau.

Most of the late 2016 cruises include either Halloween or winter-holiday events that bring special entertainment, activities and decor to the Disney Cruise Line ships. Bookings for the new itineraries open to the public on May 20, 2015. 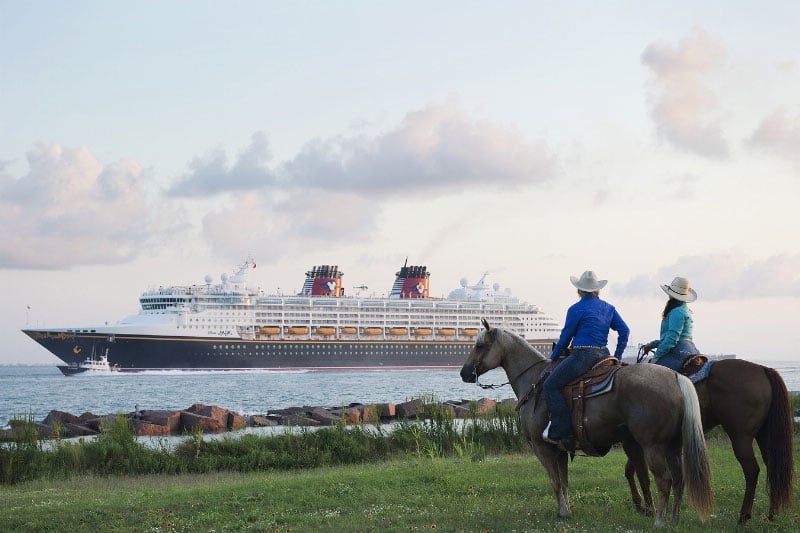