It might not sound like a big day for those of us waiting for cruises to resume in the US. However, Royal Caribbean Quantum of the Seas’ operational start in Singapore on December 1 is an essential step for the Miami-based cruise line. The line is planning to do 3-day and 4-day Seacation voyages from Singapore for Singapore residents.

Singapore Is An Important Test Case

The start of operations in Singapore is a step that the company will be placing great importance on. Singapore is one of the few countries that has allowed cruising to resume in its waters.

Although, for the time being, cruises from Singapore are only for Singapore residents, the city-state will be what other Asian nations will be looking at if they plan to bring cruises to their shores.

Related: 10 Ways to Enjoy Royal Caribbean’s Quantum of the Seas

Not only that, it will allow Royal Caribbean to implement and tweak all of its measures it has planned to bring onboard its vessels. The line has already gone through the planned implementations with the Singapore government:

Royal Caribbean has also developed an onboard app for smartphones and tablets, which enables guests to do various things. These include making reservations for shows, dinners, activities. The App will also double as a safety device for social distancing and will be used for the new Emergency Drill.

The 3-day and 4-day voyages in Singapore have been extremely popular with Singapore residents, and the first voyage has been sold out for weeks now. While the World Dream is also sailing from Singapore, there seems to be enough market for two large vessels to be sailing, despite the many measures.

Singapore Is Only The Start

The voyages departing from Singapore are part of a more extensive operation for re-starting cruising in the Asian region. The line is also planning various voyages from both Hong Kong and Shanghai starting in January.

March was the time when we started seeing serious COVID related issues on-board Asia bound vessels, it seems fitting the region is now one of the first, after Europe, to start up cruising again. Hopefully, it will be a success, and a blueprint for cruises worldwide.

The Spectrum of the Seas will be sailing from Hong Kong from January 2 on various voyages in the region.

Spectrum of the Seas will also be doing two voyages departing from Shanghai on January 24 & 29: 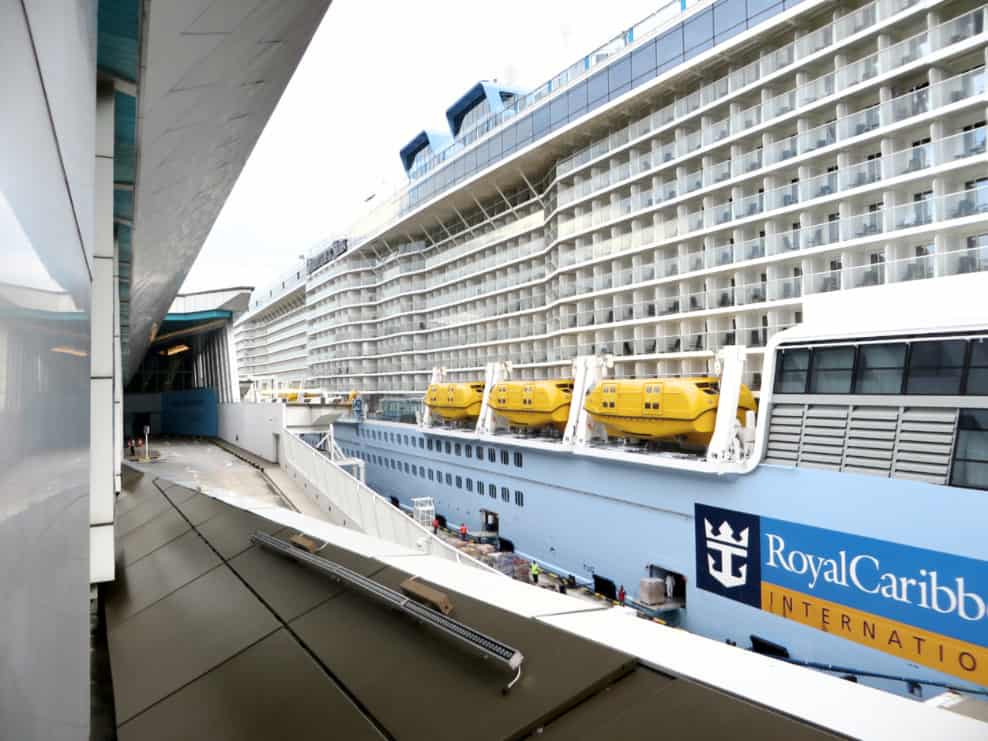