The last 2 cruise passengers from the MSC Splendida have now been accounted for and are safe. The Passengers are a spanish couple and spent time hiding in the Museum. Passenger Cristina Rubio Benlloch is pregnant and was taken to the Hospital to be checked. Read the latest statement from MSC Cruises below:

13 MSC Cruises guests are confirmed as injured (nationalities: 1 Belgian, 7 French, 4 Japanese and 1 South African), two in a serious condition.
The last two missing guests, Spanish couple Cristina Rubio Benlloch and Juan Carlos Sanchez Oltra, were found safe and sound after a night in hiding at the Bardo National Museum, Cristina, who is pregnant, was immediately taken into hospital for observation. Both her and the child are reported well.

Pierfrancesco Vago, Executive Chairman of MSC Cruises, today met injured guests and their families to ensure that they are receiving all necessary assistance. He has also met the Tunisian Minister of Tourism, Ms. Salma Elloumi Rekik. At the meeting, the Minister confirmed that, in conjunction with yesterday’s tragic events, a total of 20 people died, seven of whom have yet to be identified.

The MSC Splendida departed the port of La Goulette in Tunis at around 6 AM, March 19th. the ships is to continues on its original course and will arrive at Barcelona at 9 AM on March 20th. Its now been confirmed that one of the fatalities was a british woman named Sally Adey. MSC states that her husband is receiving from the cruise line at this difficult time. The MSC Splendida is expected back at its home port of Civitavecchia, Italy on March 23rd.

The total number of cruise ship passenger deaths from MSC Splendida and Costa Fascinosa is now 15 and this will be a day remembered within the cruise industry. Please read the most recent statements below from MSC Cruises:

MSC Cruises can confirm that British passenger Sally Adey was tragically killed in yesterday’s terrorist atrocities in Tunis. Her husband is receiving support from the MSC Cruises customer care team in Tunis and we will be offering all possible support to him and his family.

At this tragic time, the MSC Cruises family wishes to extend its most sincere and heartfelt condolences to all those who were affected by this tragic event and are suffering as a result, in particular to the families and friends of those who lost their lives as well as the injured ones.

MSC Cruises is present on site with its crisis team in order to continue to provide key assistance on the ground to MSC Splendida’s guests who were involved in the tragic events and needing assistance.

MSC Cruises Executive Chairman, Pierfrancesco Vago, will be arriving in Tunis in the coming hours in order to make a close assessment of the situation, meet in person as well as arrange to provide assistance to those affected by these tragic events and their relatives and consult with local authorities.

Cruise Hive is sad to report that MSC Cruises has announced that nine of its passengers have died from a deadly attack on the Bardo National Museum in the Tunisian capital of Tunis.

The MSC Splendida was calling at the port La Goulette when the attack happened. guests were on a shore excursion which included a visit to the countries largest Museum. When MSC were made aware all excursions were cancelled bringing guests back to the vessel for safety.

The cruise line has released the following from a recent statement:

Based on the communication made by officials authorities, MSC Cruises, its ownership and entire management team report with profound sadness that at the time of this announcement nine of its guests are reported to have lost their lives, 12 were injured, and six (two Spanish nationals, one Belgian, one British, one French and one Japanese) are still unaccounted for in conjunction with the tragic event at the Bardo Museum. However, these numbers are still subject to modification whilst official identification is on-going.

According to sources it would appear that of the victims, three were of Japanese nationality, two French, two Spanish and two were Colombian. The wounded, of which three Japanese nationals, one South African, one Belgian and seven French, are currently being treated in various hospitals. All of them are being assisted in person by members of the MSC Cruises Crisis Team that was immediately sent to Tunis to provide on the ground support.

This is a developing story and Cruise hive is constantly updating this report. In Addition to this another cruise ship which was docked at the city was also involved in the attack, Costa Fascinosa still has 13 guests unaccounted for. For updates on that ship please go here. 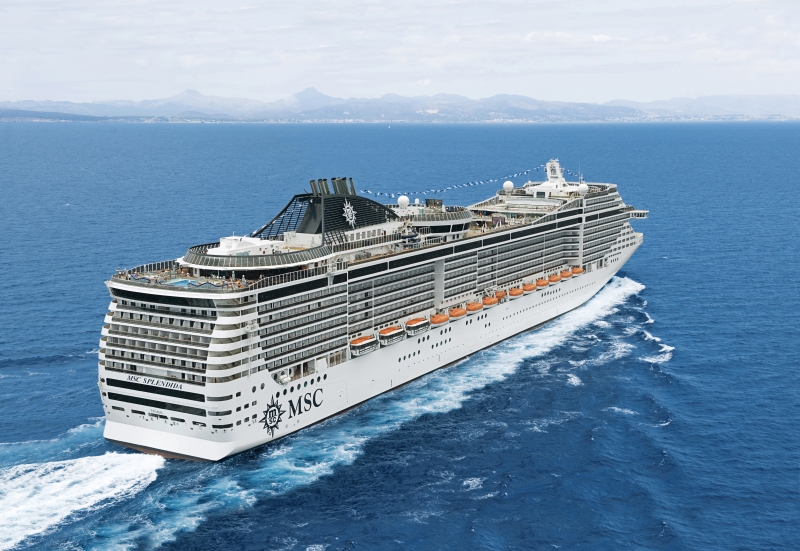