7.7 Magnitude Earthquake Hits Near Jamaica, Tsunami Threat in the Caribbean

A powerful 7.7 magnitude earthquake has hit near Jamaica and impacting cruise destinations in the Caribbean. This article has been updated.

Earthquake Strikes in the Caribbean

A major earthquake has hit in the western Caribbean on Tuesday, January 28 near the island of Jamaica. According to the US Geological Servey (USGS), it had a depth of around 10 kilometers and around 125 KM north-northwest of Lucea, Jamaica.

No reports of any injuries so far but as this is developing news that may change. There is some damage in Jamaica but it is too early to say the impact. Early posts show damage to roads in George Town, Grand Cayman which is about 437 kilometers from Jamaica.

There are three major cruise ships calling in Jamaica today including the MSC Meraviglia and Costa Luminosa docked at the port in Ocho Rios and Marella Discovery 2 docked at Montego Bay. Tendering at Grand Cayman today is the Carnival Vista, Pullmantur Monarch, and Adventure of the Seas.

Guests aboard MSC Meraviglia have already started posting on social media of feeling the earthquake along with expecting a Tsunami of up to 1 meter.

Carnival Cruise Line has released the following statement regarding operations for tendering to the shoreside pier in George Town:

“Although there was no effect on Carnival Vista, as a precautionary measure, port officials have stopped water shuttle operations from the ship to the shoreside pier in Grand Cayman. Return operations continue from the pier to the ship.”

Royal Caribbean tweeted that they are monitoring the situation and at the moment there are no cruise ship changes and all guests and crew are safe. Royal Caribbean Chief Meteorologist James Van Fleet tweeted that Adventure of the Seas which is tendering in Grand Cayman today pulled up its anchor as a precaution.

With such a strong earthquake, a tsunami warning has been issued with possible impacts at major cruise destinations including Jamaica, Cuba, Grand Cayman, Belize, Mexico, and Honduras. Tremors were felt in Miami which is the cruise capital of the word with many buildings being evacuated. 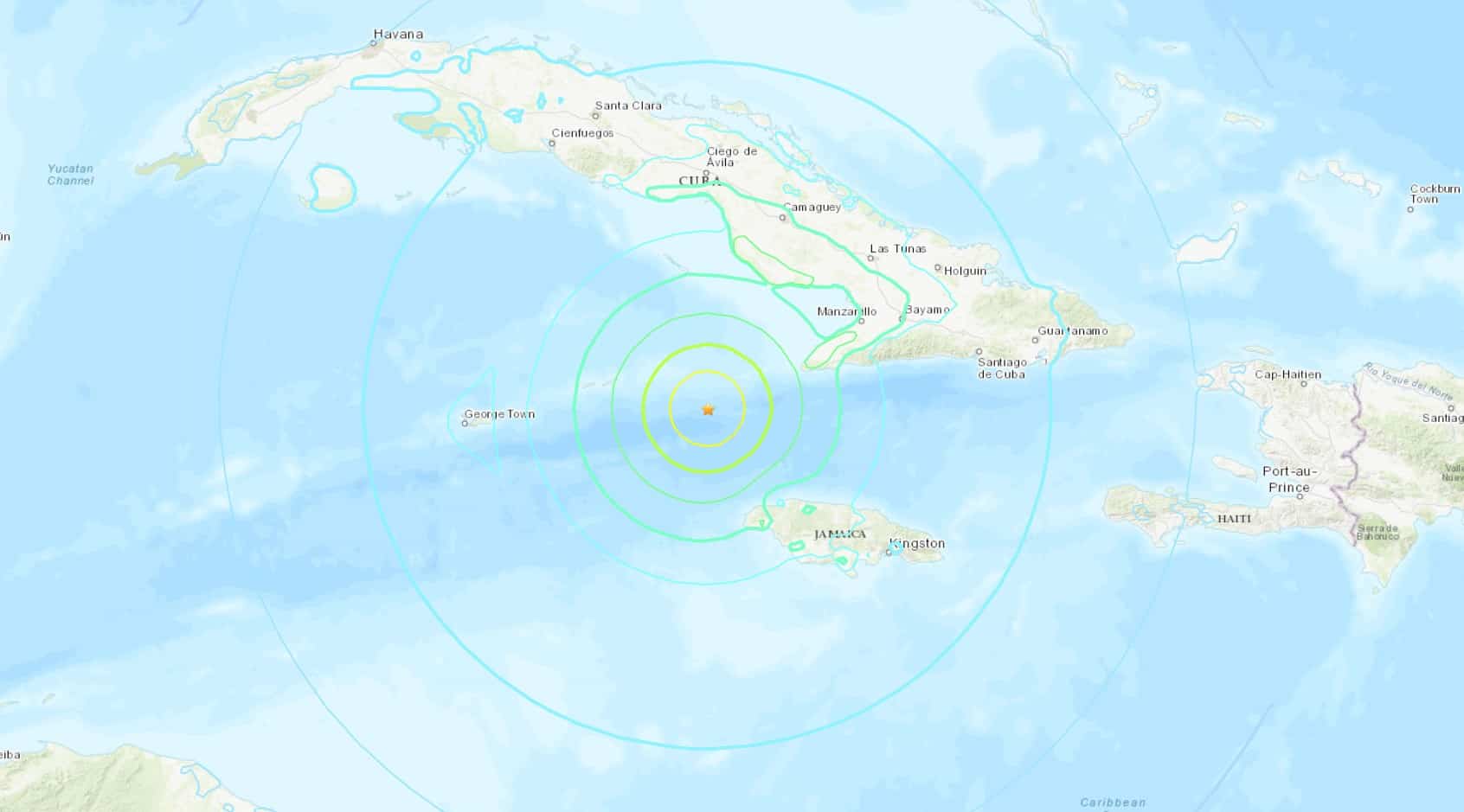