Sometimes it’s not the multi million dollar cruise line commercials that inspire but it’s those breathtaking videos posted by the passengers. A growing trend of cruise ship passenger videos are filmed on a GoPro which are perfect for being active around the ship and on land. Below are 5 breathtaking videos that we think will inspire and get us all in the cruising mood.

This video is the kind you just sit back and watch wishing you were on that ship right now. The video was shot on Royal Caribbeans Legend of the Seas as it sails through the Geiranger Fjord, Norway in 2014.

A pretty funky video filmed using a GoPro camera on the MSC Musica. It showcases all the ports the cruise ship called at that includes shore excursions. it seems the cruise was sometime in January 2015.

There’s not much information about this video but that doesn’t matter because the views on the beach and in the water are just breathtaking. Crystal clear ocean with white sparkling sand. If this video doesn’t make you miss the cruise ship we don’t know what will!

Every wondered how beautiful an Alaskan cruise can be? Well this amazing video was shot during a 7-day voyage back in 2013. The footage shows views from the passengers stateroom as the ship takes in the Alaskan landscape. A port of call at Skagway is seen and others cruise ships from Princess Cruises and Holland America Line docking too.

YouTube user Dave Cornthwaite has put this video together perfectly. it doesn’t just show the tropical views of the Caribbean but also onboard the ship. The footage was filmed on the Celebrity Summit which departed San Juan, Puerto Rico in 2014. The cruise called at St Croix, St Kitts, Dominica, Grenada and St Thomas. 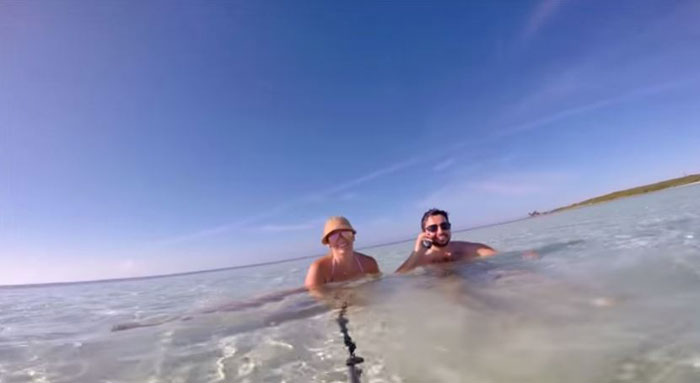