We love cruising and cruise ships just like all of you, so when we come across a video which makes us say “wow” then we must share it. The video was filmed in Miami, Florida, the capital of the cruise industry.

The video was filmed using a 4K drone and we’ve been provided some stunning views of PortMiami and the surrounding area. Four cruise ships were docked that day including Carnival Splendor, Carnival Glory, Norwegian Escape and MSC Divina. The drone flies over all four ships and around. Nice to see all the supplies being loaded onboard ready for the next scheduled cruise departing later in the day.

Miami Drone Flights posted the following under their video:

Made a sweeping fly by of Miami Airlines Arena, the Freedom Tower stands in the background. From there I moved over to Bayside Marketplace and Marina. Hovered ever so briefly before following the Island Lady and the Bayside Blaster out of the Marina.

Short jaunt over to Cruise Ship moorings – went on an extended yaw first to the South of the 4 Ships, then spun around and made a pass on the right from about five hundred feet. Went in for an extended hover directly over the Sensation before returning on Fumes(17% battery).

The footage is over 10 minutes long which we really enjoyed. 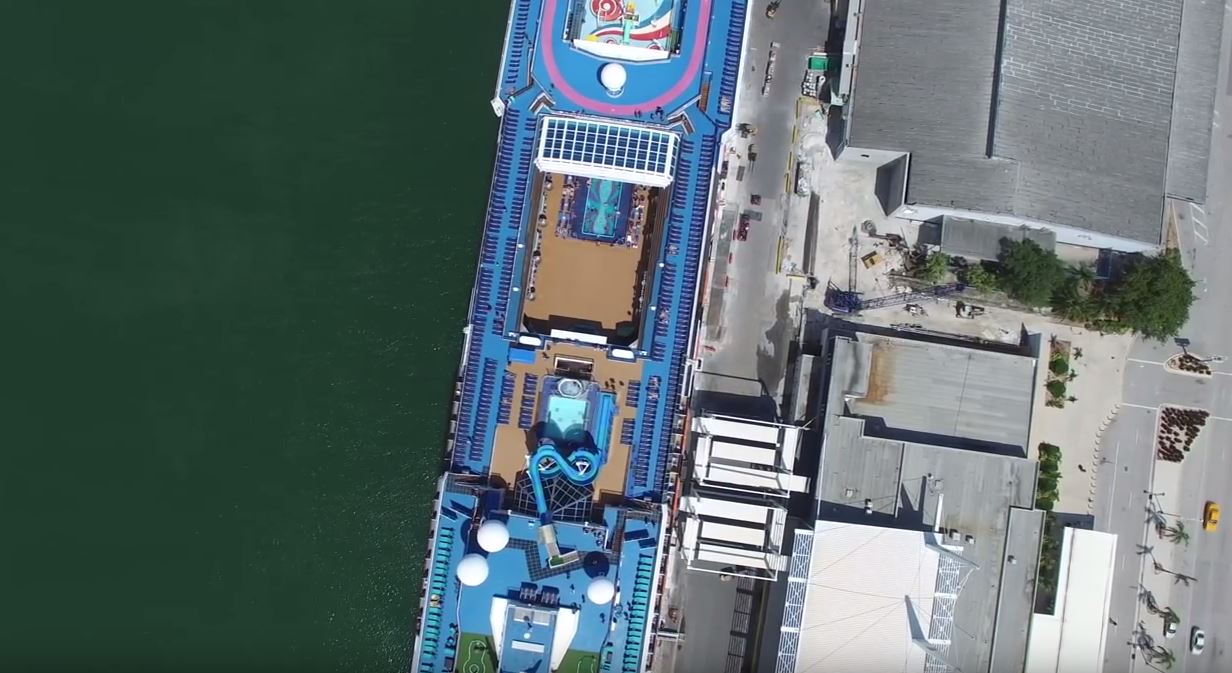 Nearly Half of Princess Cruises’ Fleet Will Sail Alaska in 2024