4 Hacks To Get Free Wi-Fi During Your Cruise

There are ways during your cruise vacation to get free wifi, here are some hacks so you don't have to pay the expensive cruise line packages and keep in touch with everyone back at home.

It’s virtually impossible to survive one day without any wi-fi and it has become part of life for billions around the world. If you’re going on a cruise for the first time one of the first things you might be worried about is no wi-fi.

Well, don’t worry because wi-fi is available on most cruise ships and if you’re lucky you could even use it for free at times. Cruise Hive has put together some hacks on getting free wi-fi during a cruise including the ports of call.

Many people forget about what their mobile devices can do. Many devices have the option to share its wi-fi connection with other nearby devices. This means the device acts as a hotspot and can be useful for sharing one connection.

If you’re cruising with other people get the other person to purchase a wi-fi plan and then use their connection for free. You could also be a good fellow passenger and offer to pay for some of the wi-fi packages expense.

You can learn a lot from talking to a crew member. They have probably been to the ports a million times and if not then one of their buddies definitely has. You’ll often see crew members getting off the gangway with their laptops where they will head straight to their favorite hangout which has free wi-fi.

It’s usually some kind of local restaurant that offers great food and possibly a small area to purchase essential for the ship. even if there is no local hangout the crew will always know a place where you can pick up free wi-fi in port.

When the ship docks at the port and you desperate for some free wi-fi it might be worth taking a short walk up to one of the open decks. The ships are tall so there is a good chance you can pick up a signal from the local area or port.

If you’re cruising to Nassau, Bahamas and docked near the cruise terminal several wi-fi signals can be picked up, depending on your device of course. You can try moving around to find the best place for wi-fi but try to get as close to land as possible.

You might be on some tropical island in the Caribbean but you’ll be surprised at how many bars will offer free wi-fi these days. One example is at Grand Turk in the eastern Caribbean, on the British island right at the far end of the main beach, there is a small bar called Jacks Shack.

By looking at the place you would never have thought that inside you can enjoy pretty good fast free wi-fi for as long as you want! So give those bars and local hangouts a try and if they don’t have free wi-fi then they sure will know who does.

Feel free to post any hacks that you know of that could help cruisers get free wi-fi during their cruise in the comments below. 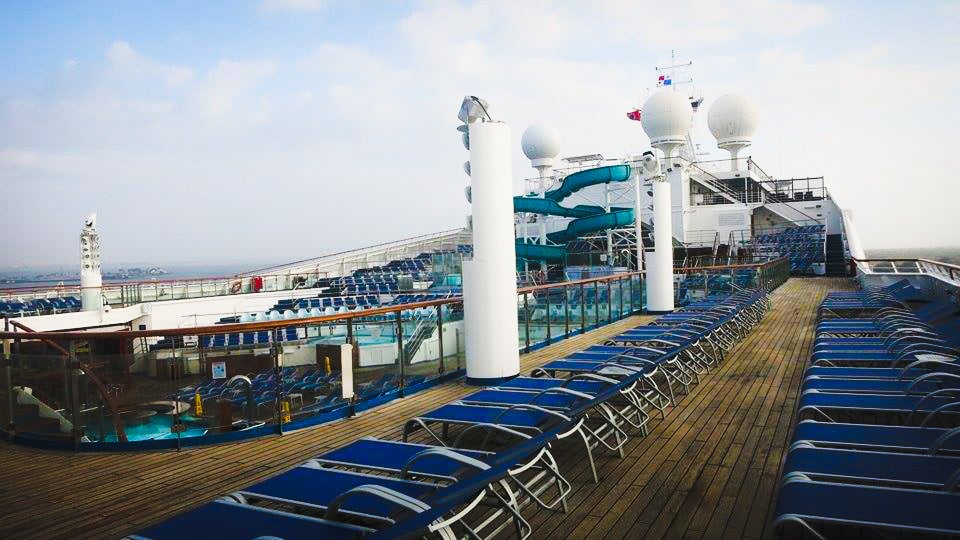