TUI has been forced to cancel its 35-day Caribbean and Transatlantic voyage onboard Mein Schiff 1 due to decisions from the local government in the German city of Hamburg. The voyage would have been the first large cruise ship voyage in the Caribbean since the suspension of sailings in March.

We previously posted about the Caribbean cruise being sold out from Germany right here.

The cancelation has little to do with the conditions that the cruise line had set for sailing on board, as this had been approved previously. The issue lies with the closure of ports due to local lockdowns, as reported by the German newspaper Hamburger Abendblatt.

In an official statement released by the cruise line, the company had this to say:

“Due to the current infection situation, the Federal Government yesterday decided to extend the corona measures until 10 January. We have just received the news that all German ports are now refusing the planned departure in December. With a heavy heart, we, therefore, unfortunately, have to cancel the 35-day Caribbean voyage from 10 December to 14 January”.

Another Disappointment For Cruise Lovers

Mein Schiff 1’s voyage would have taken a minimum of 1000 passengers from Hamburg, Germany, although the website quickly showed as sold out, meaning around 1700 passengers had booked already. The ship would have sailed on a 13-day transatlantic crossing to La Romana in the Dominican Republic.

Guests would then have had the opportunity to spend 9-days on the Caribbean Island of Isla Catalina off the coast of La Romana before returning on another 13-day transatlantic voyage back to Hamburg.

After being successful in the summer season, and as the first company to set sail in Europe this summer, TUI/ Mein Schiff felt comfortable making such a long voyage. The line carried more than 45.000 passengers during the entire pandemic.

Local Politicians Will Not Approve Sailing

Germany is currently experiencing a sharp rise in the amount of Corona-virus cases. While many European countries have gone into lockdown now just before the start of the Holiday season, things are not different in Germany.

For this reason, the local politicians will not allow the ports to open to allow the ships to set sail. Ports in Northern Germany have a collective decision making policy, and therefore all German ports will have the same ruling.

A move towards a different port would have been pointless, as the state governments seem to follow Hamburg’s wording. There has been talk about moving the start of the voyage to a different port, TUI has active sailings from the Canary Islands, but this seems to have been impossible.

The line had set up a strict COVID-procedure for all guests, including the mandatory testing for all passengers and crew twice before the voyage. Also, only balcony and suites were being sold to allow for a maximum 60% occupancy onboard.

Is this the end then for TUI and its cruises? No, the line still has several different ships sailing in other locations and plans for more. 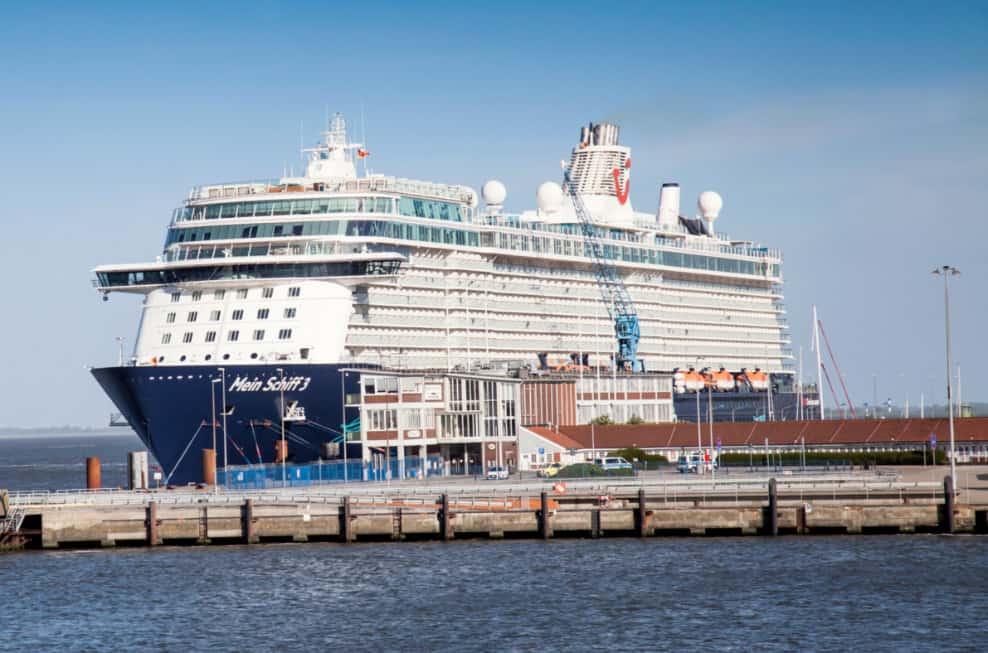