MSC Cruises has announced its 28-night cruise to Asia for one of its ships has been altered due to the Coronavirus.

MSC Cruises has decided to cancel calls in China, Hong Kong and Taiwan due to growing fears of the spreading Coronavirus. The itinerary for MSC Bellissima’s 28-night Grand Voyage departing from Dubai int he United Arab Emirates on March 21 has been impacted.

The scheduled calls to Shenzen in mainland China on April 10, overnight at Hong Kong on April 10-11 and Keelung, Taiwan on April 13 have all been canceled. With many travel restrictions in place across Asia and fear of cruise ships due to the outbreak aboard Diamond Princess in Yokohama, Japan, many cruise ports are denying entry.

However, cruisers won’t be too disappointed as MSC Cruises is adding calls to Laem Chabang/Bangkok, Thailand; Phu My/Ho Chi Minh City, Vietnam; as well as an extra day in Kobe, Japan. The large vessel will also be replacing Khor Fakkan, UAE with a call at Sir Bani Yas Island, United Arab Emirates.

The epic voyage on one of the newest ships in the fleet will end in Yokohama, Japan on April 18, 2020. The ship is currently based in the Gulf between Dubai and Qatar.

To make sure guests and crew remain safe onboard during the Coronavirus crisis the cruise line has already implemented new strict measures across the fleet. Included in the restrictions to travel on MSC cruise ships are for those who have traveled to or from mainland China, Hong Kong or Macau in the past 30 days prior to embarkation. The restriction also applies to airports and close travel compansion such as a family member.

Crew onboard is also working very hard in making sure all ships are sanitized and procedures are followed in line with public health authorities.

MSC Bellissima is one of the newest ships int he fast-growing fleet, She was delivered in 2019 and is the second Meravigllia-class vessel at 171,600 gross tons and a passenger capacity of over 4,400 at double occupancy.

So far the deadly virus which is also known as COVID-19 has infected more than 73,000 people around the world and the death toll is at 1,873 with the majority in mainland China. 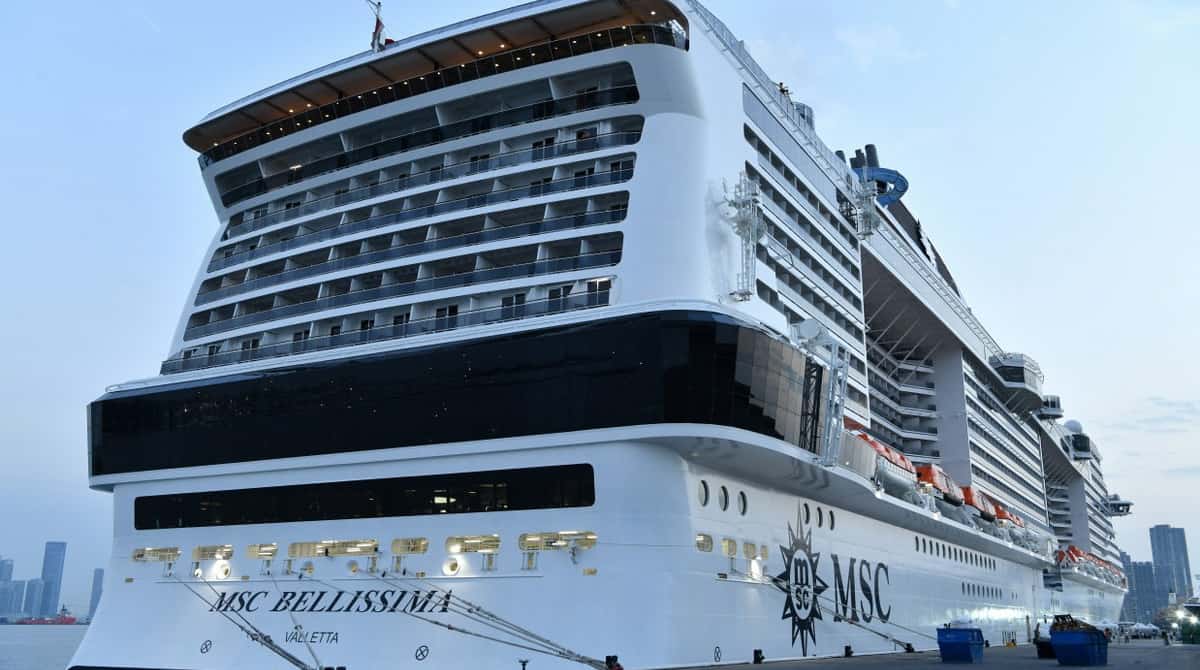