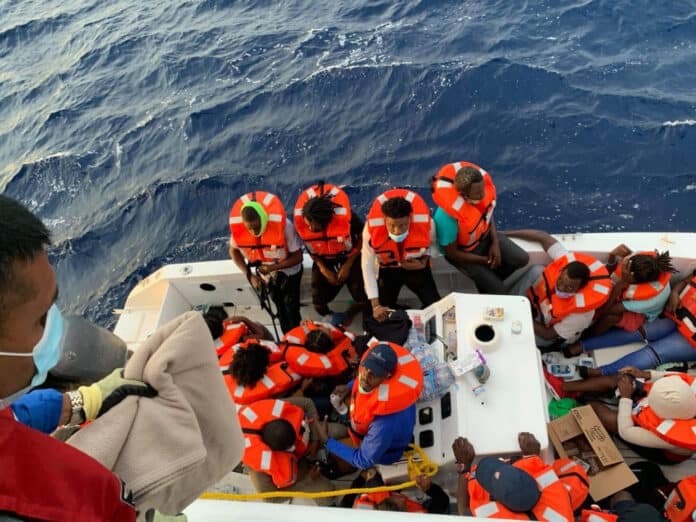 A Carnival cruise ship came to the rescue of 24 people just off the coast of Florida on Saturday after a small boat was in distress and was taking on water.

The Carnival Sensation cruise ship came to the rescue of a small boat on Saturday with 24 people on board. The boat was in distress in international waters 37 miles off the coast of Palm Beach, Florida.

The Fantasy-class vessel assisted the boat and maneuvered alongside. The Carnival cruise ship provided much-needed blankets, life jackets, food, and water to the people which also included two children. Those on the distressed boat were from various different countries.

The situation deteriorated while the Carnival Sensation was there when the boat started taking on water. All 24 people were brought on board the cruise ship as a result and they were evaluated by the ship’s medical team. Health measures were in place and they were quarantined away from any crew members.

No guests were on the Carnival Sensation as Carnival Cruise Line has suspended operations from the U.S. until December 2020. There’s also a limited number of crew members on board just to keep the vessel operational.

Cruise ships do have lifeboats that can easily be used in these sorts of rescue operations. Cruise Hive has reported many times over the years of different cruise ships coming to the rescue of smaller boats throughout the Caribbean and the Bahamas.

According to the Cruise Ship Tracker, the Carnival cruise ship is currently still sailing off the Florida coast. The ship is 70,367 gross tons with a guest capacity of 2.052 at double occupancy, she is one of four remaining Fantasy-class cruise ships in the fleet after another four have already been disposed of due to the unprecedented times.