Holland America Line and Princess Cruises are to get one new cruise ship each thanks to a new order by parent company Carnival.

Carnival announced today it has signed a memorandum of agreement with Italian shipbuilder Fincantieri to build two more cruise ships for Holland America Line and Princess Cruises. The new ships will be delivered in 2021 and 2022. The contracts for the new builds are expected to go through in early 2017.

The new vessel will be built at Fincantieri’s Marghera shipyard in Italy and will be the third Pinnacle class ship. The ship will be 99,500 gross tons and have an identical design to the current ms Koningsdam and the upcoming Nieuw Statendam. It will also be able to carry 2,660 passengers at double occupancy.

Holland America Line’s ship will combine classic hallmarks of the brand while featuring several of the innovative venues that were introduced on ms Koningsdam, as well as new concepts that will debut on Nieuw Statendam and additional elements unique to the new vessel.

The new build for Princess Cruises will be the sixth Royal class vessel and an identical design to Royal Princess and Regal Princess. Once completed it will be 145,000 gross tons and be able to carry 3,660 guests. The new vessel will be constructed at the Monfalcone shipyard in Italy and set to be delivered in 2022.

The new Princess Cruises ship will feature Ocean Medallion Class a new form of wearable tech made possible by Carnival Corporation’s recently announced Ocean Medallion. The device will transform the way of cruising and help enhance the guest experience onboard and on land.

Each cruise line will be releasing further details on the new ship orders in the future including ship names, itineraries, and onboard features. As usual, Cruise Hive will be keeping readers updated on anything new. 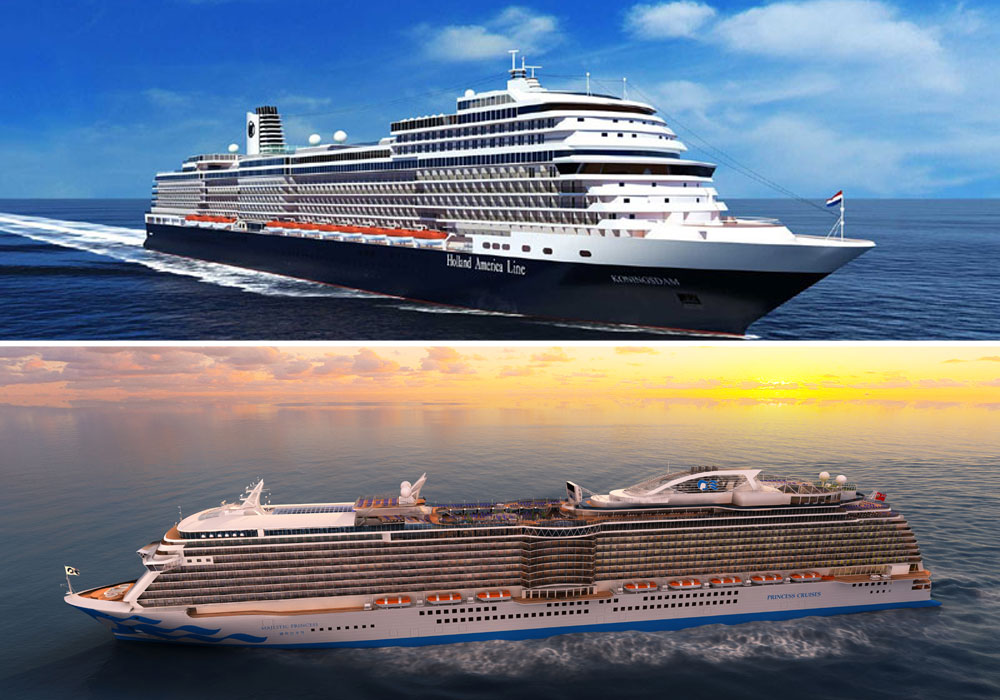