The weekend just gone was huge for two new cruise ships including the Carnival Vista operated by Carnival Cruise line and Harmony of the Seas operated by Royal Caribbean. Both ships are the largest in their fleet with Harmony being the largest in the world too! Let’s take a look why it was such a huge weekend for both groundbreaking ships.

The 133,500 gross ton vessel which entered service in May 2016 set sail from Barcelona, Spain on October 21. The ship sailed a transatlantic crossing where it arrived in New York for the very first time on November 3. This is the first time the newest and largest Carnival ship sailed to the United States. It was a unique cruise for all the guests onboard which included calls in Gibralter, Ponta Delgada and Bermuda. Carnival Vista sailed into New York City under darkness where it docked and stayed for two days so that the celebrations could continue. 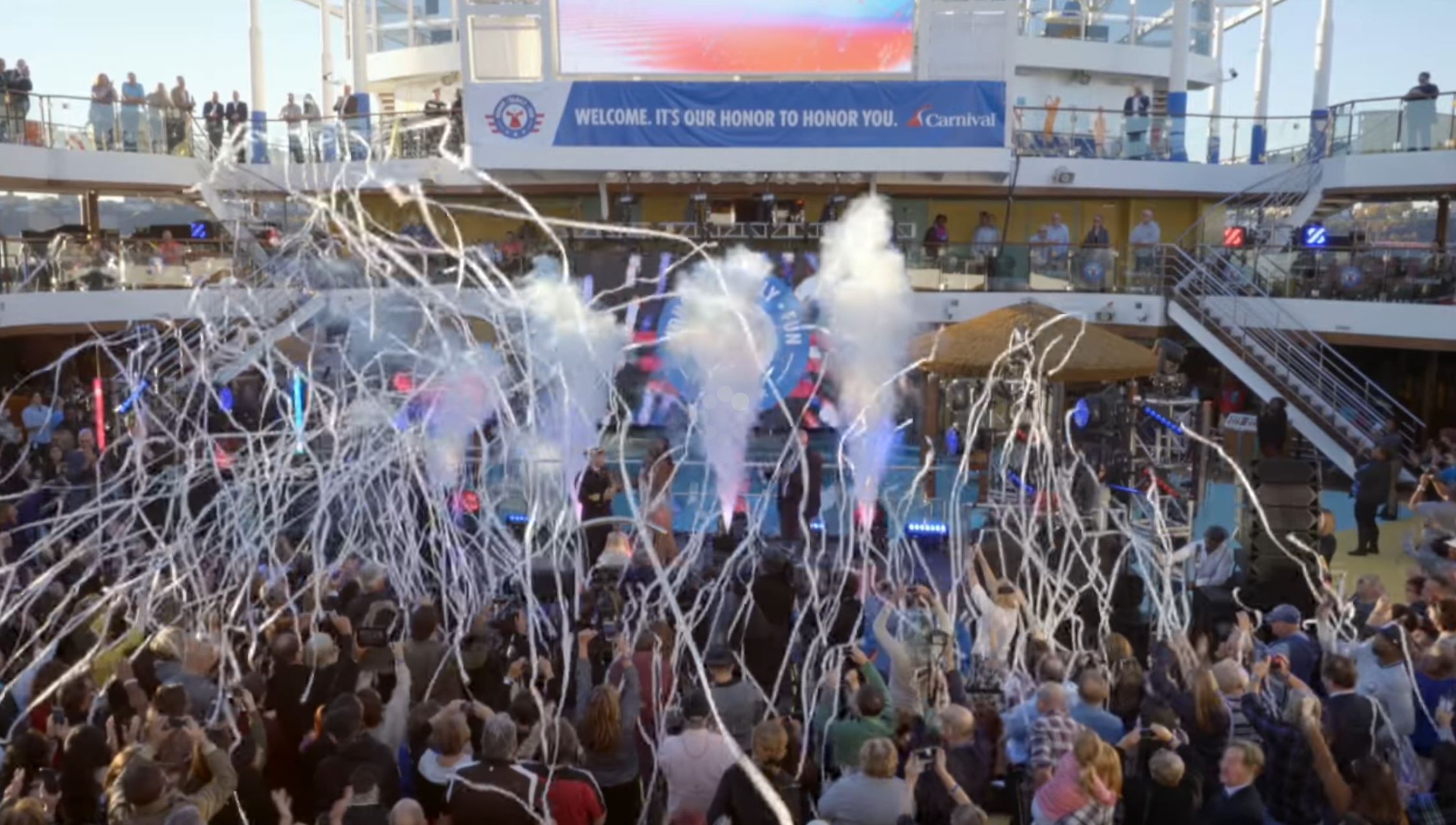 The festivities really got in full swing when the Carnival Vista hosted an overnight gala event. The event featured a concert for Operation Homefront military families by the Country Music Association’s Female Vocalist of the Year and seven-time GRAMMY award-winning country music super star Carrie Underwood.

The festivities also included the christening ceremony where godmother Miss USA Deshauna Barber named the ship. As a tradition, the champagne bottle smashed against the hull which is the final major milestone for a new ship. The vessel hosted military families to stay overnight, they enjoyed all the latest features the ship has on offer along with a performance by Carrie Underwood.

Carnival Vista set off on its debut cruise from the U.S. on Saturday, the first of two New York itineraries before arriving at its new home port of Port Miami on November 27, 2016.

The world’s largest cruise ship also sailed a transatlantic crossing which departed Barcelona, Spain on October 23, 2016. The huge vessel sailed towards the United States which also included calls in Palma de Mallorca and Malaga. Before the ship arrived in the U.S. it had an important meetup with its sister ships including Oasis of the Seas and Allure of the Seas. The meetup was like no other as for the first time in history three of the world’s largest cruise ships met together. The historic meetup took place not far from the U.S. coast just as Harmony of the Seas was coming to the end of its transatlantic crossing.

Harmony of the Seas Arrives In U.S.

The 227,000 gross ton harmony of the Seas arrived at Port Everglades on November 5, its first ever arrival in the United States. When the biggest cruise ship in the world arrives then it really is a big occasion. The official christening ceremony will be held on November 10 but until then the ship will showcase all the innovative features it is so famous for.

The ship departed on its debut cruise out of its new home port on Saturday for a quick Bahamas cruise. Harmony of the Seas will alternate between weekly Eastern and Western Caribbean itineraries from Florida. 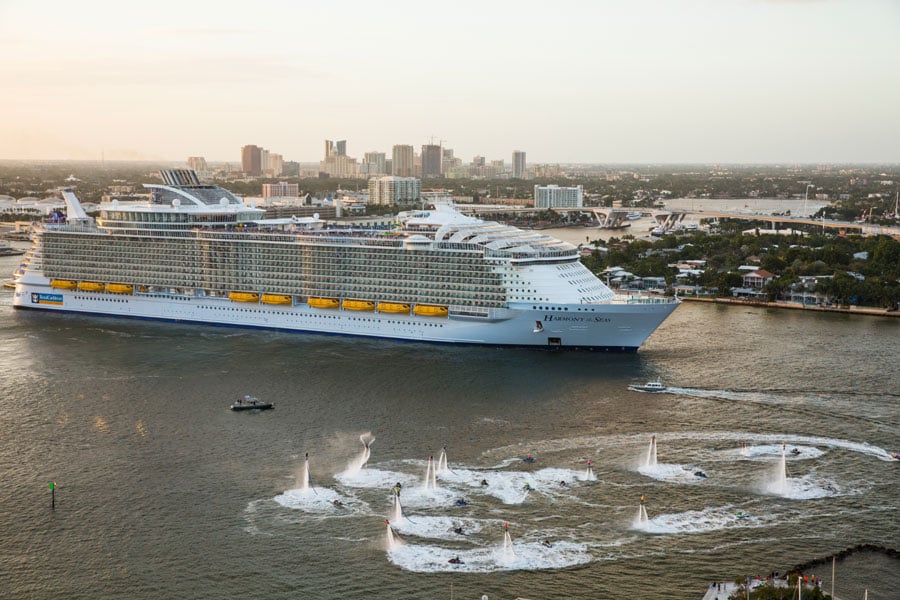