Cruise Hive is sad to report that two crew members have died after a river cruise ship hit a bridge in Germany.

Early on Sunday morning, the Viking Freya which is a river cruise ship operated by Viking River Cruises collided with a bridge in Erlangen, Germany. As a result of the collision on the main Danube canal two crew members died. The two crew members were in the wheelhouse at the time and succumbed to injuries.

The Freya experienced an accident in Erlangen, Germany early Sunday morning. Freya’s wheelhouse collided with the bridge in Erlangen. Two crew members of the ship were in the wheelhouse and died as a result of injuries sustained during the collision.

No other crew members or guests were injured, and all guests have been transported to local hotels.

We are heartbroken, and company executives are on the scene to work closely with local authorities to understand the details of the accident.

The Freya had embarked on a sailing the previous day and will now be moved for repairs. Guests may continue on their journey with a modified itinerary, embarking on the Bestla in Passau. Or, they may return home as soon as possible.

Customer Relations representatives will be in touch with all guests upon their return home to discuss compensation for the disruption to their trip. No future sailings are expected to be impacted.

No other crew or passengers have been injured. After waiting for a while all the passengers were transported from the Freya to local Hotels. Viking River Cruises is offering guests to continue with a modified itinerary on another river ship from Passau or returning home as soon as possible.

The Freya will be taken away for repairs. The ship was sailing a 6-day voyage from Nuremberg, Germany to Budapest, Hungary. The cruise line will be compensating guests and the next scheduled cruises will go ahead as normal. 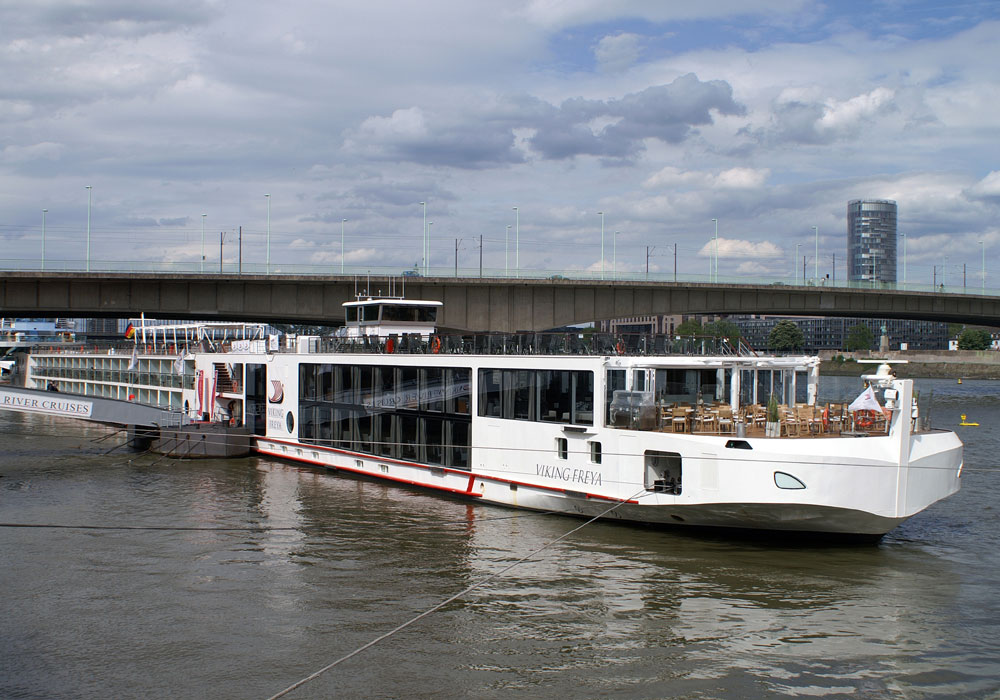