The Zaandam cruise ship operated by Holland America Line is in lockdown after 13 guests and 29 crew members suffer flu-like symptoms.

Guests and Crew Under Quarantine

Holland America Line has released an update on the ms Zaandam cruise ship which currently has everyone onboard in lockdown over a possible coronavirus outbreak. The vessel which is located in South America has 13 guests and 29 crew members with flu-like symptoms. They all reported to the onboard medical center and as a precaution, all guests have to remain in their staterooms.

The ship is following protocols from the Centers for Disease Control (CDC) activating full procedures and making sure any possible outbreak is contained. Holland American Line has announced the following measures onboard Zaandam:

The vessel does not have the capability to confirm COVID-19 cases onboard as there is no way to do the test. The crew will have to treat this as if it is the coronavirus and try to limit the outbreak. The cruise line has confirmed there are currently 1,243 passengers and 586 crew members onboard.

The Zaandam was sailing a 14-day cruise in South America which departed Buenos Aires, Argentina on March 7. The cruise line suspended operations due to the situation around the world which also impacted the ship. The voyage was originally scheduled to end in San Antonia, Chile on March 21.

With cruise ports closing access to ships and traveling arrangments getting more difficult due to restricted flights, passengers were unable to head home when the ship planned on disembarking them in Punta Arenas, Chile on March 14. That was the final time guests have been allowed ashore.

After the call in Punta Arenas, the vessel sailed to Valparaiso, Chile which was not part of the itinerary as the suspension had already started. The ship has remained anchored there from March 20 to March 21 to take on supplies, fuel, and medications. Zaandam departed on March 21 and is currently sailing north along the South American west coast.

The cruise line has announced it plans to have the vessel arrive in Fort Lauderdale, Florida on March 30 but that all depends if transit through the Panama Cancel will be allowed. This is developing and more updates are expected from Holland America.

Even though cruise lines have suspended operations for at least 30 days it is proving to be difficult getting ships back to port and safely being able to get guests and crew members back home. Those ships which have had any flu-like symptoms onboard have been delayed by governments around the world to make sure the virus isn’t spread on land.

Zaandam is more than 61,000 gross tons and has a guest capacity of over 1,400 at double occupancy. 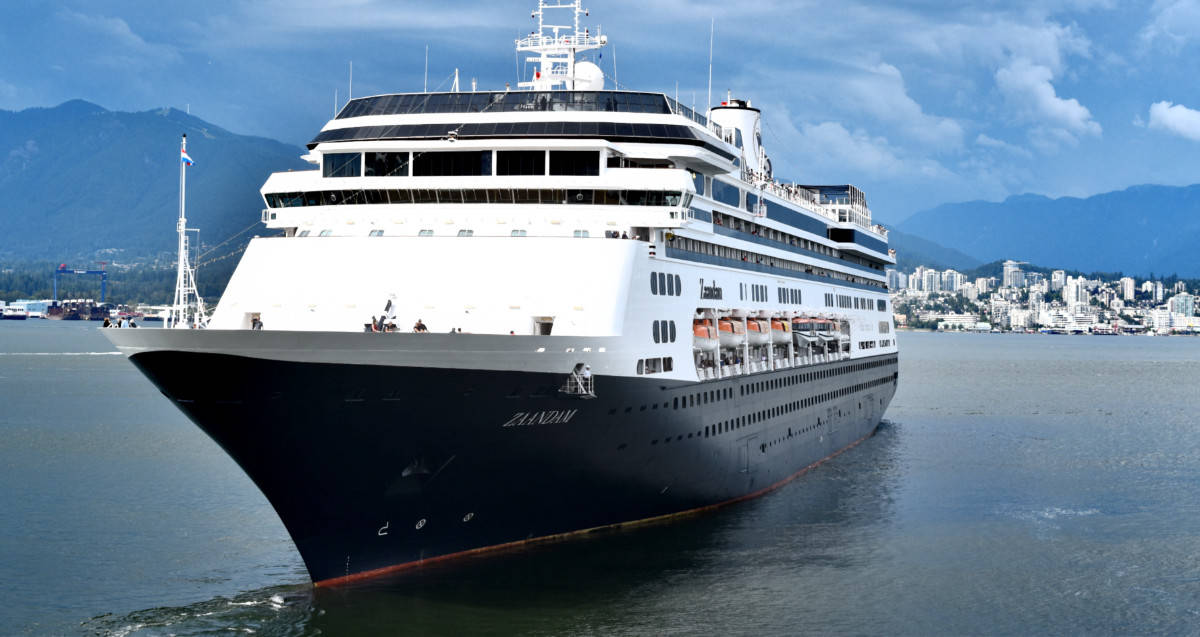