It has been confirmed that 128 people have tested positive for COVID-19 on an Antarctic cruise ship operated by Aurora Expeditions.

Cruise Line Works on Getting Everyone Home

It has been announced that 128 people aboard the Greg Mortimer cruise ship have been infected by COVID-19. The expedition cruise ship, which is operated by Australian-based Aurora Expeditions, has a total of 217 on board including crew members, and 28 of them tested negative for the illness.

The vessel is currently in South America and the majority of passengers are from Australia and New Zealand, along with some guests from the United States and Europe. It is important to know that none of those infected are showing any symptoms at the moment.

As a result of the situation on board, the cruise line is making travel arrangements to get guests safely back home. Aurora Expeditions stated “We have been working on charters and flights for all onboard with the aim of disembarking our passengers as soon as possible. While our preferred plan had been to disembark all passengers simultaneously, the nature of the situation and the difficultly in securing flights has meant it is likely that the Australian and New Zealand passengers will leave the vessel before our European (UK included) and North American passengers.”

An Airbus A340 has already been arranged with a company and it will be converted into a medical plane. This will be used to charter Australian and New Zealand guests back. The infected passengers will be put in a separate cabin to those who are negative.

The cruise line has detailed that any of the European or U.S. passengers who tested positive will have to remain on board the vessel before flying home. Once they have tested negative, the cruise line will arrange a flight back via Sao Paula to their final destination. Passengers remaining on board will be retested every 2-3 days depending on the availability of the Uruguayan health authorities.

Also Read: Ways to Enjoy Cruising When You Can’t Take a Cruise

Aurora Expeditions is making its own travel arrangements as the current situation around the world is making it near impossible to rely on commercial operations due to port closures and cancelled flights. It is costing the cruise line around AU$15,000 per person and the line is trying its best not to charge guests for this by asking for support from the Australian government.

This comes as cruise ships around the world have been impacted by the virus and the entire industry has come to a hold to help protect guests and to stop the spread of the disease. It is proving difficult to bring ships back home, especially those with confirmed cases onboard such as Holland America’s Zaandam recently.

The Greg Mortimer vessel has an average passenger capacity of 126. The ship has 77 cabins and 8 decks and was built in 2019. 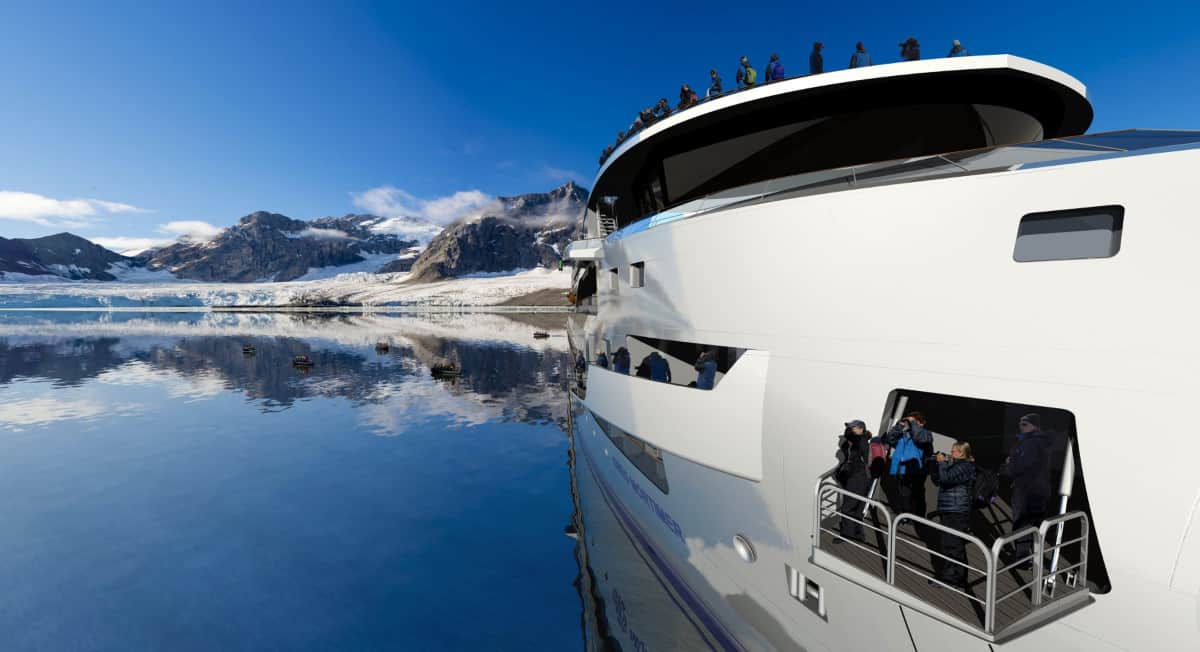